China's first lady Peng Liyuan paid a visit to the Macao Institute for Tourism Studies on Thursday, 19 December 2019, accompanied by Chief Executive of Macao Special Administrative Region (SAR), Chui Sai On's wife. Peng Liyuan listened to administrators who explained the school curriculum and how the students are being trained at the institute. Peng Liyuan walked into the Educational Restaurant and watched the teaching process of making tea. Peng Liyuan  also observed how the famous Portuguese egg tarts were made. Peng Liyuan took a funnel and participated in the baking. At the Educational Restaurant, Peng Liyuan watched a video of Macao's food and tea performances. Peng Liyuan talked with some teachers and students at school and encouraged them to study hard to make their contributions to the construction of the Guangdong-Hong Kong-Macao Greater Bay Area. 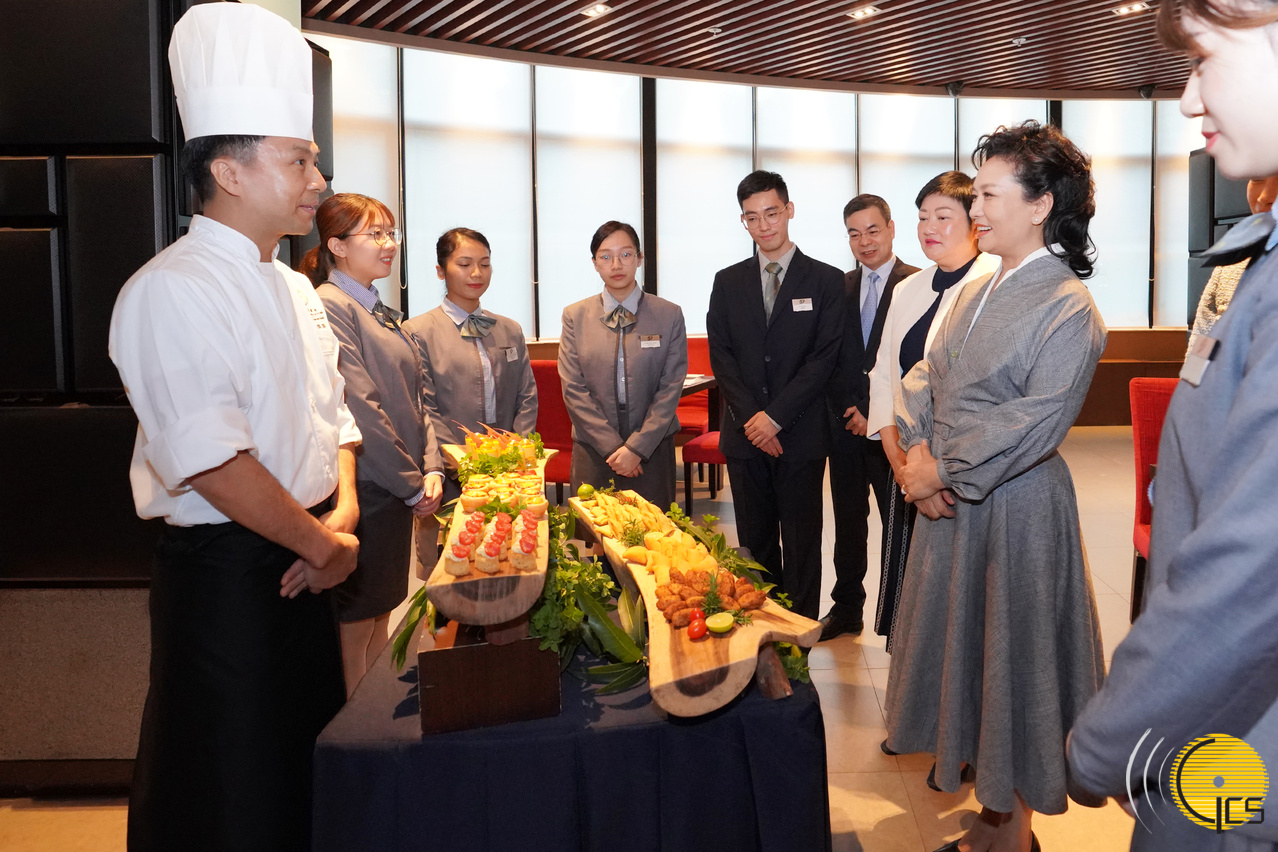 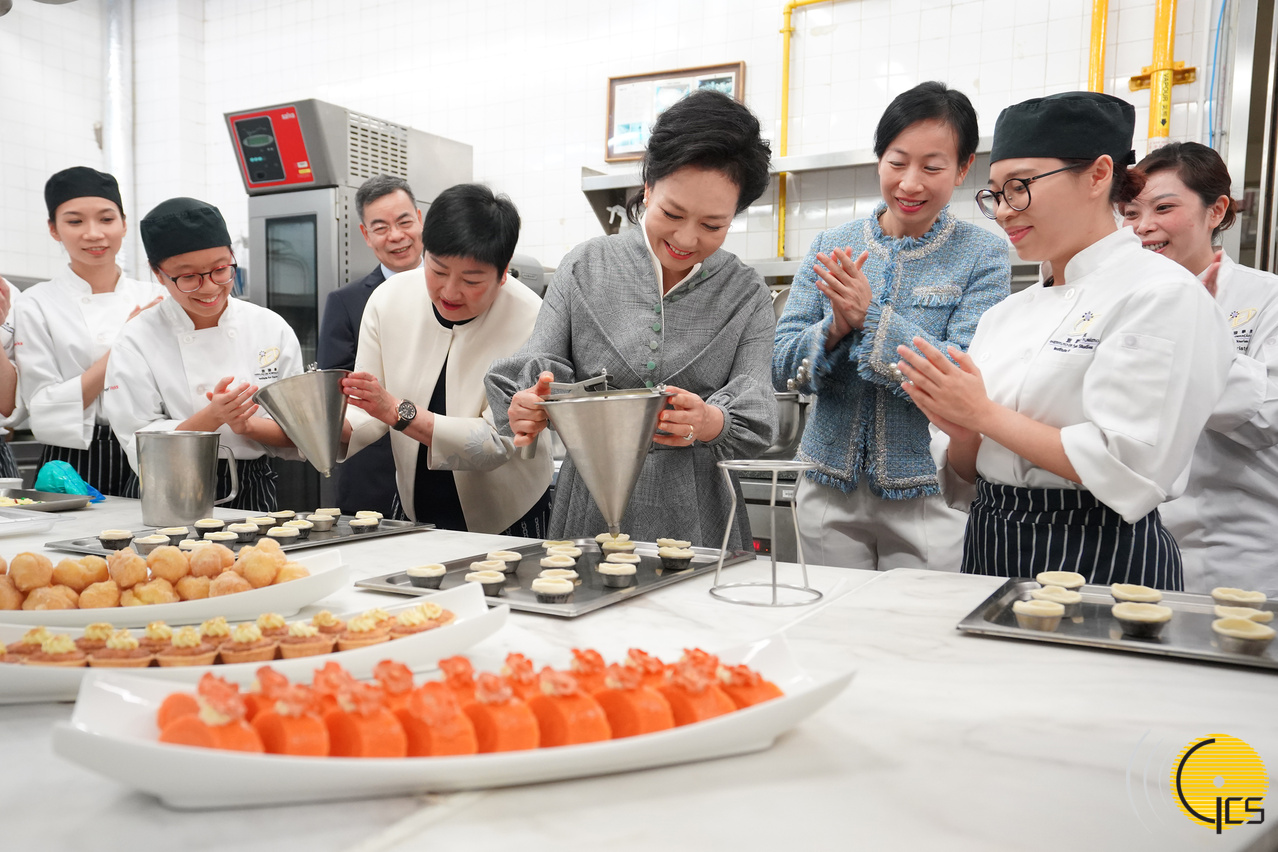