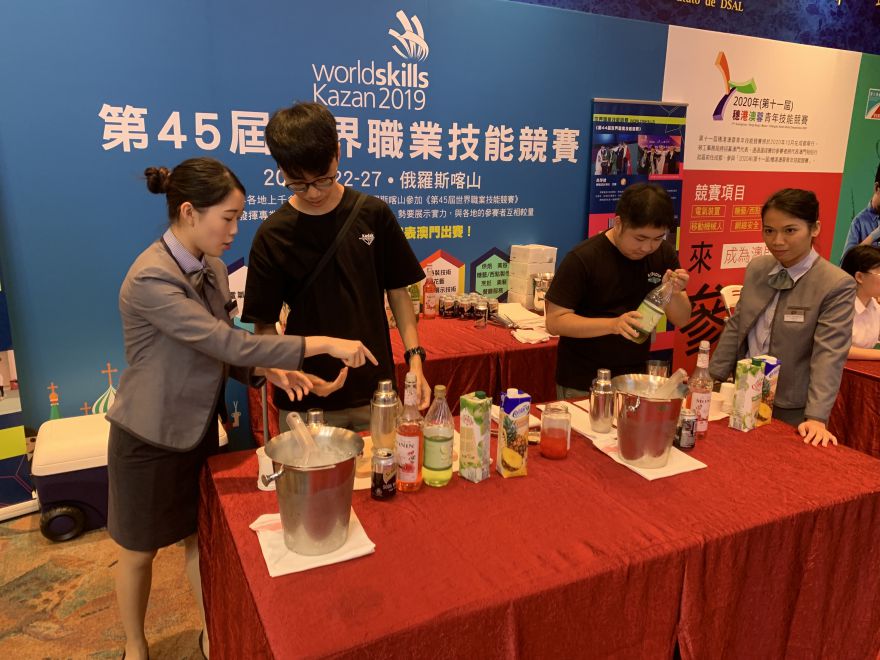 The 2019 worldskills competition is just around the corner. IFTM, in collaboration with the Macao Labour Affairs Bureau, served as the training centre for the Macao contestants in 4 of the categories of skills tested in the competition: bakery, restaurant service, patisserie and confectionery, and cooking. IFT student Bili Chang won a medallion of excellence in the latest worldskills competition for the skills he demonstrated in the patisserie and confectionery contest.

IFTM graduate Noel He won a medallion of excellence for her skill in restaurant service. IFTM recently conferred on Noel a Bachelor’s Degree in Tourism Event Management.